The report, published by Frollo and NextGen.Net, reveals big appetite for CDR with 71% of respondents planning to use CDR, but cites major challenges ahead

Leading Australian fintech, Frollo, and leading technology provider to the lending industry, NextGen.Net®, have today published the first industry report on ‘The State of Open Banking in Australia’ since the Consumer Data Right (CDR) launched on 1 July 2020.

With November signalling the next milestone for the Open Banking timeline as implementation moves into Phase 2, The State of Open Banking in Australia report looks at what the financial sector thinks of the new banking regime, where it is headed and what the most immediate challenges and opportunities for businesses are.

The Report, based on interviews with key industry leaders and a survey of 161 finance and broking professionals across Australia’s financial sector, highlights that although there is still much to be done before the new Open Banking ecosystem lives up to its promise of being a game changer for the industry, there’s a strong appetite for investment in CDR and a broad variety of popular use cases that could revolutionise the way Australians engage with their finances. 71% of industry respondents intend to use CDR data, with almost 50% stating that they intend to use CDR data within the next 12 months.

As for use cases, streamlining the lending process through Income & Expense verification was identified as the most popular immediate use case for Open Banking with 56% of respondents rating it as valuable, followed by onboarding automation (52%) and account verification (41%) cited as the next most popular.

Now is the time for the regulator to invest in a simpler and more flexible framework to speed up adoption, or empower banks and fintechs to innovate and get on with it for the benefit of everyone else who will follow.

Frollo CEO and Founder, Gareth Gumbley said while the rollout was on track, the research revealed the biggest challenge for organisations was a lack of clarity around what it takes to become involved in the CDR in terms of costs and return on investment.

“The majority of respondents believe the uncertainty about the rules and customer education are considered to be the most important challenges in making CDR a success. We know that change at this scale doesn’t happen at the flick of a switch, but as it stands there is too much ambiguity. The rules aren’t clear and for many it’s perceived as a mountain too big to climb. There’s a difference between consultation and collaboration. Now is the time for the regulator to invest in a simpler and more flexible framework to speed up adoption, or empower banks and fintechs to innovate and get on with it for the benefit of everyone else who will follow,” said Mr Gumbley.

The report revealed that while interest in investing is high, commitment to invest is varied among those who were happy to disclose their investment plans, with 64% of banks and 54.6% of technology providers indicating they will spend more than $500,000; and 54.2% of fintechs expecting to spend between $100,000 and $500,000 on Open Banking in the next 12 months.

For those looking to invest, enhancing the customer experience is the primary driver behind investments in Open Banking among 64% of respondents, with product innovation (56%), meeting the shifting customer demands (40%) and optimising processes (40%) being the next most popular reasons, followed by compliance management (39%).

A pivotal moment for the mortgage industry

Chief Customer Officer at NextGen.Net, Tony Carn said the introduction of Open Banking was a pivotal event for Australia’s mortgage industry and the impact of CDR was going to be a matter of survival of the fittest for those in the sector.

“The opportunity to streamline credit decisions by using CDR data to reduce unnecessary friction in the application process and speed up the decision process is a game changer for the sector. Use cases, such as income and expense verification, will also help to reduce the costs and risks involved on the lender side, making it a logical and popular use case amongst banks, lenders, fintechs, and brokers and aggregators alike. It presents a new way for how customers can be sourced and nurtured through their life cycle. It’s not just the one moment in time, (such as getting a home loan), but the opportunities to get customers ‘fit for finance’ before and after,” said Mr Carn.

It’s not just the one moment in time, (such as getting a home loan), but the opportunities to get customers ‘fit for finance’ before and after

Of the respondents, brokers were generally less familiar with Open Banking than other surveyed businesses, and when asked if they intend to use Open Banking data, they stated they currently have no intentions. However, when presented with the most popular CDR use cases, like borrower income & expense verification, holistic multi-banking financial profiles and the digitising of the loan application process, most brokers rated these as highly valuable for their business.

This ‘high value/low usage intention’ broker paradox suggests that they highly value the practical tools and applications that the CDR regime offers but don’t necessarily see themselves accessing and/or dealing with the data. This response is also consistent with the current broker business model where aggregators – who do intend to use and invest in CDR – are the key providers of broker technology solutions and their workflow applications.

Importantly, this response reinforces the need to continue to educate brokers (and end consumers) of the practical applications of CDR that promise to dramatically improve the overall lending experience for all.

What's next for the Consumer Data Right?

On the horizon, the November 2020 and July 2021 milestones are major in terms of expanded scope and data availability. By July 2021 most of the elements will be in place to facilitate great use cases for consumers, and as a consequence, more data recipients will come onboard with more use cases to help facilitate greater consumer adoption.

The consensus amongst industry leaders is that first movers will have a real competitive advantage and by offering a superior user experience, they will put pressure on the rest of the industry to invest in catching up. However, most respondents believe it will take between 3 and 5 years before the majority of Australians use Open Banking.

In particular, the lack of clear rules and certainty regarding future scope for ‘write access’ and ‘tiered accreditation’, which are currently in consultation for Phase 3 rollout, have slowed the uptake of accredited data recipients (ADRs) to date – and most industry commentators believe these two factors will be key to the innovation opportunity for most businesses in the sector. 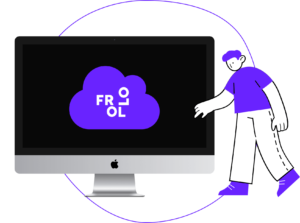